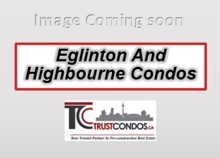 Eglinton And Highbourne Condos In Toronto

About The Eglinton & Highbourne Condos:

What Are The Highbourne Rd & Eglinton Ave W Condos Features?

Residents will find the Eglinton & Highbourne Condos quite transit-friendly, with multiple TTC bus stops just minutes away. Eglinton Station is approximately a 4 minute drive or 11 minute walk and will also connect residents to Toronto’s transportation hub, Union Station with approximately a 15 min ride. Hwy 401 is just a short drive, as well.

Founded by Zev Mandelbaum, Altree comes from a long descent of multi-generational skills in achieving to fruition landmark projects and iconic residential areas in every place in Toronto and the GTA. Zev is amongst the visionary co-founders behind Marlin Spring, and a third-generation developer with strong roots in the profession that time returning to the 1950s through H&R and Lanterra Developments.

As a full-service designing provider, Altree presents excellent perception, proficiency, and company in all parts of the complete wide range of development – from organizing investment to arranging, building, sales and merchandising, finance structuring, tax, and legal elements.

Other condos and townhouses for sale by Altree Developments.