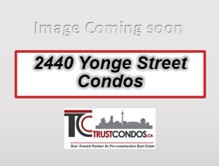 Located near Yonge And Eglinton at 2440 Yonge St Toronto, ON M4P 2H4

Transit Near The 2440 Yonge St Condos:

Residents will find the 2440 Yonge St Condos quiet transit-friendly with multiple TTC bus stops just minutes away. Eglinton Station is approximately a 3 minute drive or 7 minute walk, as well and will connect riders to Toronto’s transportation hub, Union Station with approximately a 17 minute drive. Hwy 401 is also just a short drive away.

As one of Canada’s largest proprietors, property developer and operators of mixed-use real estate, they are at the heart of where people do, inhabit and shop.

They generate flourishing super-urban communities where neighbours run into each other; where businesses thrive, where spaces become lively places. They generate long-term value and viable increase for both their real estate portfolio and their future as community builders.