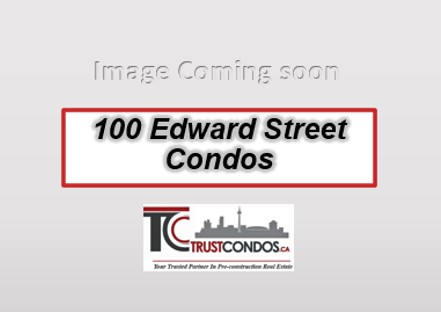 About The 100 Edward St Condos:

Shopping Near The 100 Edward St Condos:

Residents will find the 100 Edward St Condos quite transit-friendly, with multiple TTC bus stops just minutes away. Union Station is approximately a 19 minute walk, as well, while the Gardiner Expy and Don Valley Pkwy are also a short drive away.

For decades, The Conservatory Group has been defining condominium living, creating numerous glistening landmarks that have shaped the spectacular skyline of Toronto, with a reputation for design excellence and an unparalleled commitment to quality.

The company’s founder, Mr Ted Libfeld, has been one of the outstanding contributors to Toronto’s new home industry. Among his many achievements, Mr Libfeld was responsible for innovative financial programs that made homeownership affordable to thousands. In 2000, Mr Libfeld was recognized with the “First Presidential Award of Merit” for his exceptional contributions to the new home industry by his peers and inducted into the Greater Toronto Home Builders’ Association Hall of Fame.

Today, his legacy is ably carried on by his four sons, who are leading The Conservatory Group’s competent team of professionals through many more decades of success.

Other projects by The Conservatory Group